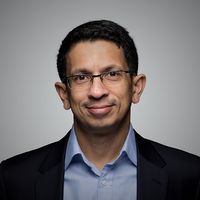 Before the exponential rise in the earnings of sports stars over the last few decades, many retired players would invest whatever available assets they had at the end of their sporting career into a pub, bar or restaurant. Their 'business plan' would probably involve filling the premises with whatever memorabilia from their playing career they could put their hands on and then standing behind the bar to regale customers with their most entertaining sporting anecdotes. 'Strategic investment' might have involved getting some of their old shirts framed, buying a pool table or leasing some fruit machines.

Nowadays though, elite sports stars earn so much that they qualify as High Net Worth or even Ultra High Net Worth Individuals, and they can take advantage of the same investment opportunities as other UHNWIs, investment funds and family offices, often before their playing careers have ended. Some elite athletes simply give control of their wealth to advisers who will recommend the same investments that they would recommend to their other clients, irrespective of the field in which they made their money.  However, more and more sports stars are looking to invest their wealth in businesses that also operate in or around sport.

Investors will often look to invest in businesses operating in sectors that they understand, and sports stars are no different. In turn, sports businesses will of course welcome sports stars' money and might also look to take advantage of the 'inside' knowledge of sport that a sports star might give them. However, we are increasingly seeing investments by sports stars in sports other than the one in which they excel.  In this instance, NBA superstar James Harden has invested in MLS club Houston Dynamo. The club will probably benefit as much from the increased profile amongst fans of Harden and the Houston Rockets that his investment will bring as it will from his financial investment, particularly as the club is looking to increase its attendances from a level which is amongst the lowest in the league.  On the other side of the investment equation, Harden would undoubtedly have enjoyed more favourable investment terms than the club would have offered to an investor without his profile amongst its target market.  Further, Harden has not only positioned his investment into Houston's 'soccer' club as a demonstration of his commitment to the city, which can only increase his commercial appeal in his 'local' market, but also as an opportunity to expand his brand beyond NBA fans.  This demonstrates how investments by sports stars into sports businesses, even those operating in different sports, can benefit both in ways that go well beyond 'traditional' investments.

As is often the case, the US is leading the way in this area, but European sports stars are not too far behind their American counterparts.  Like Harden, David Beckham has invested in an MLS team, expansion franchise Inter Miami CF, although his involvement in team operations will of course be more hands-on. Away from the States, Barcelona and Spain football star Gerard Pique is a founder and President of the Kosmos investment fund which focuses purely on investments in sports businesses. Last year Kosmos concluded a deal with the International Tennis Federation to invest $3bn into the Davis Cup, a groundbreaking deal on which I and other lawyers in Charles Russell Speechlys' sports group advised the ITF.

The benefits to be generated by sports stars' investments into sports businesses can be manifold, even where they operate in different sports. We will undoubtedly see more and more of these investments, and retired sports stars will increasingly be seen in boardrooms rather than barrooms.

In less lucrative times, sports stars might have been content to open a memorabilia-filled steakhouse or bar. Now they are so wealthy they have asset managers and strategic investment portfolios.

Interesting discussion by @Tom_Dart looking at sports stars investing in other sports after @JHarden13 invests in @HoustonDynamo with the potential of raising the profile of the club as well as the investor #investment https://t.co/99WcydJOuP