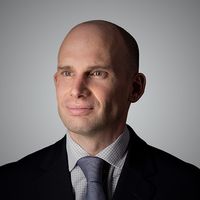 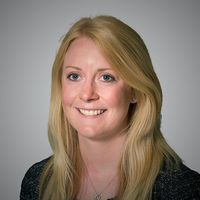 The Premier League football club Sheffield United known as ‘the Blades’ has two crossed swords featuring prominently on its club badge. This is inadvertently symbolic perhaps of the power struggle that has been taking place between the previous joint owners. An acrimonious shareholder battle recently drew to a conclusion when the Court of Appeal refused permission to appeal a judgment of the High Court given in September 2019. From a legal perspective, the case highlights the potential pitfalls of exercising so called “Russian roulette” clauses in shareholders’ agreements.

Russian roulette clauses are typically used to resolve a deadlock situation in the case of a 50:50 share ownership or joint venture. They operate by allowing one party to offer to either buy the shares of another party or to sell its own shares to the other party, at a specified price. The party in receipt of the offer can either accept the offer or reverse the offer at the same price by serving a counter notice which shall be binding. Its typical purpose is to ensure a fair price is offered, because if the specified price is too low, the initial offeror runs the risk of also having to sell at that price. This type of clause often favours parties with deeper pockets, because they may use this clause to their advantage if they think the other party could not afford to buy at that price (an argument that was used in this case).

The case was critical for both parties, because the value of Sheffield United increased significantly after its promotion to the top tier of English football. Initially, Mr McCabe, or rather his company Sheffield United Limited (“SUL”) transferred 50% of the shares in the club to Prince Abdullah in 2013 in exchange for a £10million investment, but the two later became locked in a bitter court battle over their shareholdings, culminating in SUL being ordered to sell the prince 50% of the shares in the club for a mere £5m - a fraction of its value (approximately £104million).

Mr McCabe instigated the “Russian roulette” process (via SUL) by offering to buy the prince’s shares in the club for £5m, in the belief that the prince’s company (UTB) would not be in a financial position to purchase the club’s properties (though this is something which McCabe denied in the court proceedings) once the Prince’s shareholding reached 75% (as was required in a separate contractual agreement). Mr McCabe believed that if Prince Abdullah also reached 75% ownership in the club by purchasing SUL’s shares, he would also have to purchase the Bramall Lane stadium as well as associated properties from SUL.

After the notice was issued by Mr McCabe in December 2017, with completion set for February 2018, it became apparent that the Prince had been working on a scheme to ensure that the purchase of McCabe’s shares did not result in him meeting the 75% shareholding threshold, and thus having to purchase the club’s properties. Having done so, the Prince issued a counter notice (permitted by the option mechanism referred to above) offering to buy McCabe’s shares for £5m, but without buying the properties.

Whilst it was found the Prince was in breach of contract with Mr McCabe by attempting to avoid purchasing the club’s properties, the court ruled separately in the Prince’s favour on the basis that by serving a counter notice to the roulette clause, it created a standalone and binding agreement for the sale of the shares in question. Mr McCabe was therefore required to relinquish his shares for £5m (a fraction of their value).

As their name suggests, such roulette clauses are inherently risky because once invoked, the result is not within your control. While including such clauses in shareholders’ or joint venture agreements can break a deadlock if one arises, it is important to assess the potential wider implications prior to exercising that right and not do so unless you would be content to be bought out at that same price. As Prince Abdullah colourfully put it in the below Guardian article “He tried to screw me, he got screwed.” Or in other words, when exercising a Russian Roulette provision for other than market value you should be prepared to live or die by the sword if it is reversed to your disadvantage.

Is summary judgment worth the gamble?
Stephen Burns

Legal disputes during the pandemic and beyond: alternative funding considerations for organisations
Katie Bewick, Jamie Cartwright