It's fair to say that Brexit and Coronavirus aside, one of the hot news topics of the moment is the ongoing debate of whether the embattled landmark railway project, HS2, should be built or not.

The anti-HS2 lobby continues to be vociferous in its opposition to the project; they cite a wide range of reasons as to why the line should not be built.

Last week, Lord Berkeley, having previously produced his own report on the future (or otherwise) of HS2, spoke to the House of Lords Economic Affairs Committee.  His speech can only have emboldened the lively debate on the "no" campaign.

His view was that, instead of delivering HS2, a series of "quick wins" could be delivered.  Those "quick wins", included a rolling programme of electrification throughout the UK, and upgrades to existing rail lines in the northern powerhouse region and in the Midlands.

This, he said in a subsequent letter to the Secretary of State for Transport, could all be delivered at a saving of £128.34bn without HS2, compared to the total cost he argues will be involved in HS2, and the associated promised rail improvement works (including the northern powerhouse rail project).

Incidentally, £128.34bn is broadly the same sum as HS2 has been now estimated to cost, by the independent consultant Michael Byng, Managing Director of MBPC Infrastructure Limited (which is significantly more than the £106bn now estimated by the Government as it also incorporates extras that Mr Byng considers will be necessary).

Mr Byng is not a voice to be ignored lightly as he part wrote the Rail Method of Measurement (Network Rail's guidelines on estimating the cost of such infrastructure projects).

Contrary to that position, there continue to be vocal supporters of the project.

In addition to various comments coming from Government (including that of the Chancellor who is reported to have said that he "broadly backs" the scheme), there have been reports this week from those within the northern powerhouse region that HS2 is still fundamentally required for the benefit of that region.

Steve Rotherham, Mayor of the Liverpool city region, made it clear that, whilst northern powerhouse rail and local transport upgrades are essential, in his view, such projects and HS2 are both needed.

In his words: "Our business case shows quite clearly that if we were to get HS2, Northern Powerhouse Rail is a far more attractive proposition to put to the Treasury".

He also focusses much more on capacity benefits rather than the speed within which connections can be made to London and vice versa, a trend that we have already seen with recent commentary on this area.

One of the other northern voices in favour of public transport investment is Philip Cox, Chief Executive of the Cheshire and Warrington Local Enterprise Partnership.

His most recent focal point is on increasing the number of journeys undertaken by public transport - particularly against a backdrop of (a) only 2% of journeys in his region being by rail and the same percentage by bus; and (b) a significant reduction in the number of 20 to 29 year-olds who hold driving licences.

How the Government addresses the concerns of both the for and against camps will very much determine future transport spending - whether in the form of HS2 or local projects or a mixture of the two.

Whatever decisions are made, though, if the trend in Cheshire and Warrington is seen more widely across the UK then, for the health of our economy, significant changes are going to be needed.

“From our perspective, if that carries through the age range … then unless we put decent public transport in place as an economy we are going to be in some trouble, because anyone who thinks about living and working here can’t, because they don’t drive,” 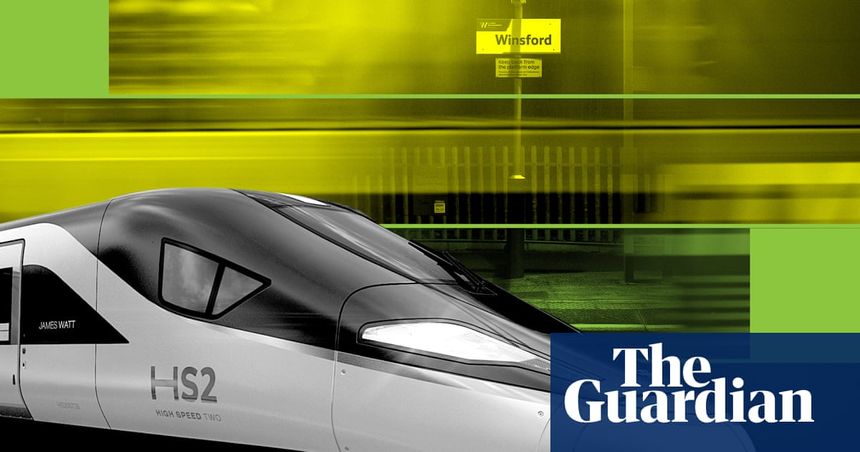 England is choked in an argument over HS2 (High Speed 2) high-speed rail project. Critics argue saying ‘We don’t need it, but we’ll be paying for it’. Read more to know what exactly the current status of it is. https://t.co/3WsTM7f6cI

Whatever happens #Liverpool must be integral, and better served by rail links https://t.co/G39uxKpR61

In the north of England, the arguments over whether to push on with the HS2 high-speed rail project are as polarised as they are in Westminster https://t.co/sVEi6d3vGf