There can be few of those interested in current affairs who can have missed the last few weeks' intensifying debate of whether or not we should proceed with HS2.

The costs of the project are indeed eye-watering, at some £106bn (if not more), but with the messages of time savings between various parts of the line and London, as well as enhanced capacity and benefits to the North, the tide did appear to be moving in the direction of approving this landmark project.

And so it proved when the Prime Minister, this week, announced that the project would proceed.

However, it was hardly a glowing assessment.

The Prime Minister acknowledged that "It has been a controversial and difficult decision".

He went on to level some thinly veiled criticisms of progress and performance to date - including how local communities have been treated (a theme we regrettably see all too regularly) and how the costs of the scheme have increased exponentially since the proposals were first put forward.

Taking all those factors into account, though, he does continue to recognise what he terms the "fundamental value" of the project.

But he is not prepared simply to allow matters to proceed as they have to date.

In essence, his plan for pushing on with this project, in his words to "restore discipline to the programme" is built on the following factors:

1. Acknowledging a delay to the programme such that trains may not be running on Phase 1 until the end of the decade and on phase 2 until between 2035 and 2040 (between 3 and 7 years from the original plans);

2. An investigation - as recommended by the Oakervee Review - into the current costs designed to identify savings on Phase 1 without requiring a detailed redesign;

3. The appointment of a minister to oversee the whole project and a ministerial oversight group tasked with making the strategic decisions necessary to deliver the project;

4. Creating new delivery arrangements for what what he described as the "grossly behind-schedule" Euston terminus and phase 2B of the scheme (whatever that might mean); and

5. Presenting an integrated plan for rail in the North - including Northern Powerhouse Rail - as part of a new masterplan to be known as High Speed North.

And with that we have some more certainty - yet, the project will proceed but with unanswered questions. What will be the cost reduction plan for Phase 1 involve? Exactly what will be proposed for the North - and how will that affect the plans that have already been consulted on?

So this space must continue to be watched as we ready ourselves for what will likely be further consultations and considerations of alternative proposals.

Mr Johnson alluded to it in his statement, but of critical importance must be the interface between those promoting this project and those people and businesses most adversely affected by the proposals. Hopefully, there will now be a new dawn in the engagement with them to best mitigate and/or compensate the the impacts they sustain.

"I cannot say that HS2 limited has distinguished itself in the handling of local communities. The cost forecasts have exploded, but poor management to date has not detracted from the fundamental value of the project." 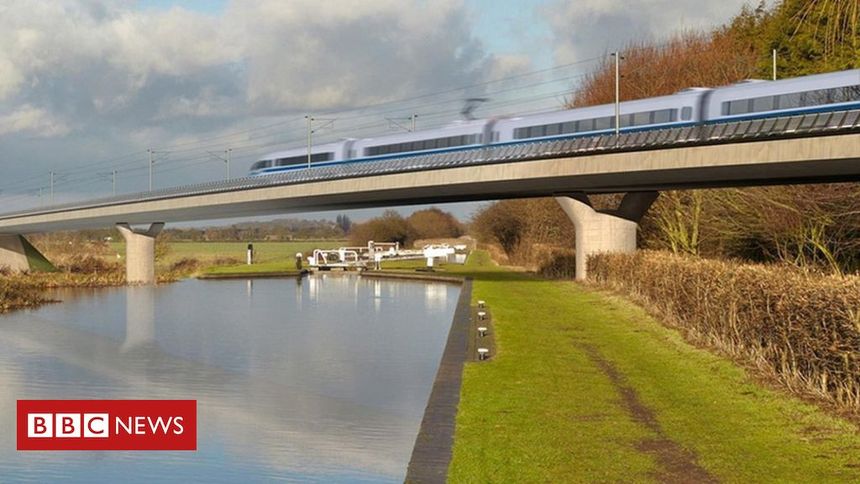 "Johnson’s decision to green light HS2 will give him the dubious honour of being this century’s largest destroyer of irreplaceable ancient woodlands in the UK." - @JohnSauven https://t.co/VmyFW8vtug

"Launching #HS2, after launching the #COP26 summit, when Boris said he understood the need to repair damage done to the environment,...the two are not compatible"

If you use the existing train lines, if you live near the planned #HS2 route, if you wish you did - we want to hear from you. 🗣https://t.co/Jchw8HLlhk

The MP for #Scunthorpe has called on the government to commit to use Scunthorpe Steel in the building of the high speed rail line HS2. https://t.co/S2OWNX34Fw pic.twitter.com/vL6APfSBMk