The report makes for a very interesting read, with the headline analysis suggesting that the appetite for tall buildings (i.e. buildings of 20 storeys or above in height) has been relatively undiminished, despite the many political uncertainties that 2019 brought.   The report covers tall buildings at various stages from pre-planning to construction over the period 1 January 2019 to 31 December 2019.

A record 60 tall buildings were added to London’s skyline over the course of the year - the highest annual completions rate on record, representing a 140% increase on 2018.   Some 76 planning applications and Environmental Impact Assessment scopings for tall buildings were submitted in 2019, with 77 planning permissions also granted (an increase of 7% on 2018). There was however a drop in new construction starts - a broader trend seen across the London development market.

In terms of location, the most significant increase in tall buildings was in Ealing (+8) followed by Barnet (+5), while the most notable decreases were in Tower Hamlets (-6) and Hackney (-6).  This demonstrates an ongoing shift in the tall buildings pipeline with more tall buildings coming forward in outer London, particularly in the East.  East London has 45% of the tall building pipeline, with Central London having 20%.  South and North London have the smallest pipelines with 10% and 7% respectively.

The report identifies a number of factors for this shift, such as lower land values (making sites more viable to build upon, particularly given increased affordable housing requirements) and estate regeneration programmes in the outer boroughs.  Increased housing targets from the new London Plan are also likely to have contributed to the growing pipeline, encouraging developers and local authorities to consider higher density schemes.

Looking forward to 2021, given the impact of the Coronavirus pandemic on planning and construction, we are likely to see a vastly different outcome in next years analysis.  We would however expect any sharp decline in the pipeline to be a temporary blip as developers seek to make up for lost time when work on-site increases, supply chains recover and local authorities pick up the pace in progressing and deciding applications currently on pause.

Whilst the world struggles to cope with a pandemic, some will question the wisdom of high density development. Whether the effect of the Coronavirus leads to a permanent shift in how floorspace is used (for example due to increased home working) in the longer term remains to be seen.  Given that 89% of tall buildings in the pipeline are residential and the state of the housing crisis in this country, despite the uncertainty of this year, it is very clear that building up still has an important role to play in contributing London's ongoing development.

A full copy of the report can be downloaded from https://nla.london/insights/londons-tall-buildings-survey-2020

London can no longer be described as a low rise city...the skyline has been forever changed in accommodating the significant growth that the capital has experienced over recent decades. 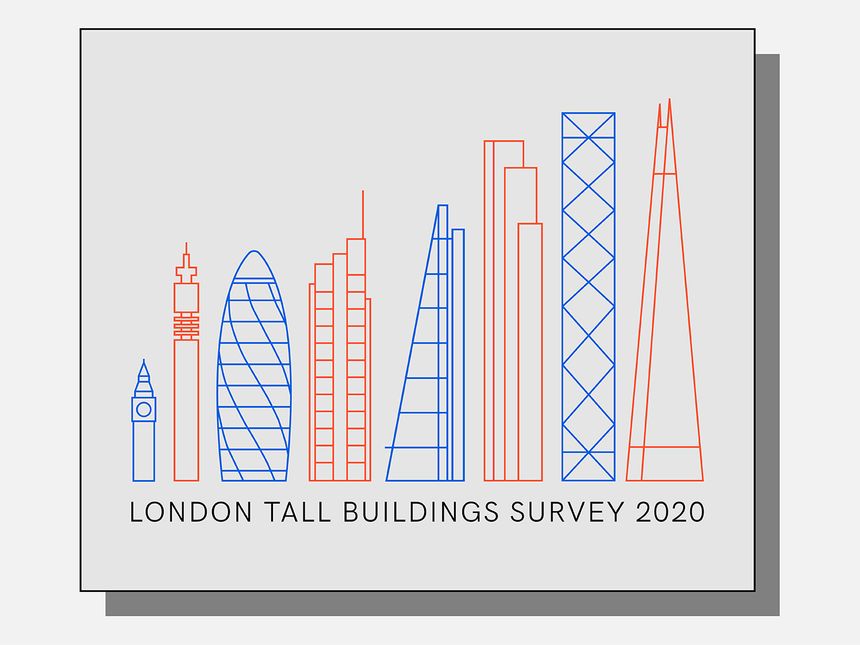