Last week, FC Barcelona (“Barça”) announced plans to sell the naming rights to its stadium for the 2020-21 season. In the world of sports sponsorship, this is big news in and of itself; the Camp Nou is the highest capacity stadium in Europe and Barça have further plans for expansion. However, the announcement came with a twist. In accordance with the club’s charitable foundation, Barça plan to donate a significant portion of the proceeds to charities and projects that are set up to combat Covid-19.

Barça will not have been short of suitors for the rights, in any event. Nevertheless, the announcement is likely to add an extra incentive to prospective bidders who will be looking to associate themselves with the initiative (which may or may not include Mike Tyson’s cannabis company).

Following the 2020-21 season, Barça will reportedly revert to a longer-term naming rights arrangement for commercial gain in the typical sense. These plans are reminiscent of Barça’s first shirt sponsorship deal in 2006 when it partnered with Unicef, as part of a unique arrangement where Barça donated money to Unicef, before it committed to high-paying commercial sponsors in subsequent years. The Japanese e-commerce company Rakuten is Barça’s current shirt and main global sponsor, reportedly paying Barça €55 million per year until 30 June 2021 (with the option of a one-year extension).

Barça’s announcement brings into focus the subject of stadium naming rights, more generally. Contrary to the title of this article, there is already a growing trend in this area, with a number of Premier League (“PL”) and English Football League (“EFL”) clubs selling the naming rights to their stadiums to boost commercial revenues. Tottenham Hotspur’s pursuit of a naming rights deal for its new stadium is widely known. Similarly, Everton will be seeking a naming rights sponsor for its new stadium on Liverpool’s Bramley-Moore Dock (scheduled for construction in 2023), having already agreed a £30 million deal with USM Holdings for a naming rights ‘option’.

However, readers may recall the findings by financial advisors Duff & Phelps in May 2019 that PL clubs’ are “not utilising naming rights revenue to their full potential”. A substantial number of clubs maintain ownership of their stadiums yet operate without a stadium sponsor.

The loss of match-day revenue for clubs during this pandemic period, both now and in the future if games are played ‘behind closed doors’ (as now widely expected), combined with the ongoing possibility of a partial rebate to broadcasters for the 2019/20 season, means clubs will be minded to explore alternative sources of revenue.

The short-term reality is that numerous clubs will be focused on financial solvency and survival, particularly in the EFL. To this end:

Fundamentally, however, more clubs will be searching for commercial solutions that will sustain them over the long-term. Accordingly, certain clubs might be more likely to consider naming rights models for their stadiums or other tangible assets, including clubs that were reluctant to do so prior to the pandemic.

In the first instance, clubs will be mindful of possibly not being able to play matches in their own stadiums during the initial stages of a return to play. The use of ‘approved’ neutral stadia continues to be an important topic of discussion (including at the Premier League’s latest meeting on Friday 1st May). As with everything else Covid-19 related, clubs will be hoping for clarity on this point sooner rather than later.

Looking further ahead, clubs and companies will be operating in unfavourable economic conditions. This could mean that clubs are prepared to lower their price expectations in order to secure deals. Equally, prospective sponsors might not be so fixated on securing long-term relationships if cost-effective football club partnerships can be activated in a way that deliver immediate brand exposure, to compensate for losses in revenue during a fallow ‘lockdown’ period. Considering both positions, there may be some alternative strategic thinking. For example:

Whichever the angle, clubs will be motivated to find it – even if that angle might not be quite as charitable as Barça’s.

Barcelona’s stadium will have a formal name for the first time in its 63-year existence after the club announced plans to sell next season’s rights and hand the proceeds to charitable activities and the fight against coronavirus. 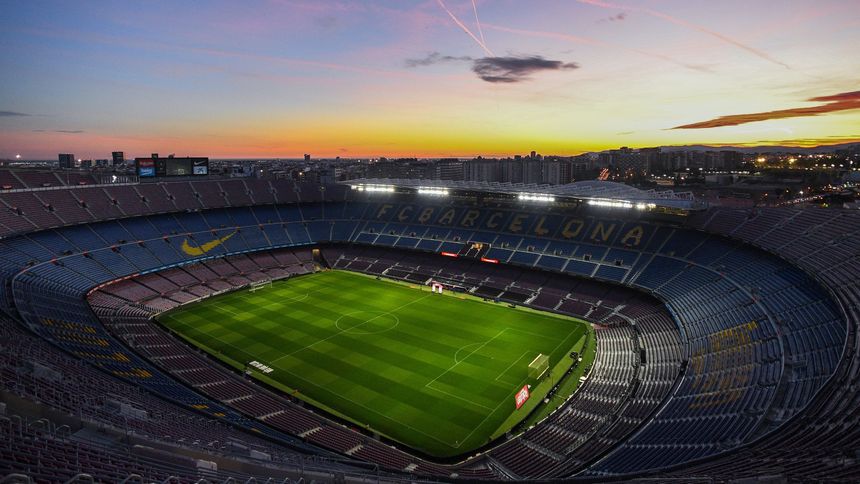 FC Barcelona will cede rights to the Barça Foundation who will search for a stadium sponsor for next season.https://t.co/StN9KlU0DJ pic.twitter.com/ZwalwSRo6N

The Nou Camp has never had another name since it opened in 1957, until now...

Barcelona are going to give a sponsor naming rights to the stadium - and will donate all the revenue to fighting coronavirus.

Barcelona will sell the naming rights to Nou Camp for one year - with the money going to fund Coronavirus research.

The legendary stadium has never had a sponsor since it was opened in 1957.

What an amazing gesture 🙏 pic.twitter.com/9otg3Gmzke