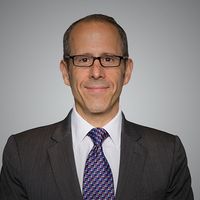 A recent Reuters news article, quoting anonymous sources, stated that the governments of Abu Dhabi and Dubai would merge various state-controlled assets through Abu Dhabi's Mubadala investment fund. One of the sources speculated that "bank mergers were…possible". No concrete details were provided, however, and the report was flatly denied by the Dubai Media Office.  Mubadala and Abu Dhabi also declined to comment.

There has long been speculation over the consolidation of several important UAE companies.  For example, many commentators have been predicting the merger of Emirates and Etihad for years.  Most of these predictions, however, have amounted in the end to nothing more than just that -- speculation.  As for consolidation in the banking industry, that would come as no surprise, as it would only continue a recent industry trend (following the 2017 merger of First Gulf Bank and National Bank of Abu Dhabi into First Abu Dhabi Bank, and last year’s acquisition of Union National Bank by Abu Dhabi Commercial Bank).

The current global crisis will certainly lead to a shake-up of business around the world, and depressed oil prices may put added pressures on businesses in the GCC and MENA region.  However, that will create just as many opportunities for those companies with stronger balance sheets to make distressed acquisitions, putting many of the UAE’s leading companies in a position to grow and expand market share.  The crisis will also provide business leaders with a chance to look closely at their operations and see where there is room for optimization.

While there will almost certainly be a number of headline grabbing deals later this year and into next, most of this activity is likely to come at the SME level, where companies with insufficient cash reserves will not be able to continue on their own.  Consequently, those expecting to see a broad consolidation of major companies into a larger “UAE Inc.” may have to keep waiting.

According to a statement by the Dubai Media Office, the report by Reuters, which suggested mergers of the local stock markets, was inaccurate. "The Government of Dubai denies a news report from Reuters that claims Dubai is in talks with Abu Dhabi for support from state fund Mubadala. Reuters published a story without further investigating the accuracy of this claim and verifying the trustworthiness of its source,” it said on its official Twitter account.