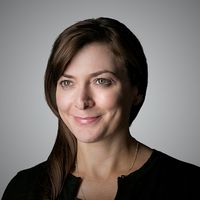 A court room is no place to pick over the bones of a marriage or, in the case of Johnny Depp and Amber Heard, take a sledgehammer to it.

Depp is suing the publisher of The Sun over an article which includes reference to fourteen incidents of domestic violence against his former wife, Amber Heard.  Depp and Heard have accused each other of various acts of domestic abuse during their two year marriage including what Heard has described as a “three-day hostage situation” during which Depp lost the tip of one of his middle fingers.

The proceedings have caused Depp to bare his soul for public scrutiny and the delectation of the media, resulting in far greater publication of intimate details of his marriage, personal life, drug/alcohol abuse and mental health issues than the original article, and one might wonder why bother to challenge the article when this is the result.  However, at the heart of the case are rather nasty allegations of domestic abuse and it was the suggestion that he is “a wife beater” which incensed him enough to bring a libel action against News Group Newspapers and Dan Wootton (the journalist responsible for the article).  Depp’s case is that the article bears the meaning that he was “guilty of serious domestic violence against his wife causing her significant injury and putting her in fear of her life and for that reason is not fit to work in the film industry”.

Amber Heard at first suggested that she was subject to “confidentiality restrictions” in a 2016 US divorce agreement which would prevent her from giving evidence at trial but it appears any such difficulties were overcome and she is appearing at the High Court in London to describe her treatment at Depp’s hands.  Numerous former girlfriends and wives have also given evidence that Depp is in fact “a kind, attentive, generous and non-violent person and father” according to Vanessa Paradis.  Depp describes himself as a “Southern gentleman” meaning he “would never strike a woman under any circumstances”.

Domestic abuse continues to be a scourge on our society with reported cases on the rise since lockdown and the Stay At Home Rules were imposed across the UK.  It is against this background that the House of Commons passed the Domestic Abuse Bill at the beginning of July 2020 which will now go on to the House of Lords before finally becoming the Domestic Abuse Act 2020.  The Bill aims to promote and structure how other agencies like the police, teachers and health professionals deal with victims of domestic abuse consistently and implements various new measures including:

The Domestic Abuse Act 2020 will bring welcome legal change, given the reported rise in offences, but social change is also important to ensure that not only physical violence (of the sort alleged by Depp and Heard) but all forms of domestic abuse, including subtle manipulation, isolation and control of a partner become obsolete in our society.

Mr Depp's lawyers say the article made "defamatory allegations of the utmost seriousness", by accusing him of committing serious assaults on Ms Heard and "inflicting such serious injuries that she feared for her life".