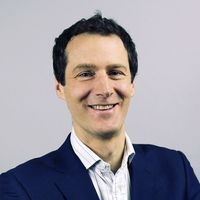 It is perhaps the biggest question in sport right now. Will the Olympics go ahead this summer?

In January, Japan set its new single day record for Covid 19 infections and there is polling reported by The Times indicating that 80% of the country’s population are against the Games going ahead. That same newspaper also reports a Japanese government source as saying they are searching for a way out of staging the Games this summer because “the consensus is that it’s too difficult”. Sir Keith Mills, deputy chairman of the London 2012 Games, said earlier this month that it was unlikely the Games would proceed.

The official mood music from those actually involved in the Games' organisation though is much more positive. “Our task is to organise the Games, not to cancel them,” said IOC President, Thomas Bach, earlier this month. “And our task is to make the Olympic dreams of athletes come true. This is why we are working day and night to organise a safe Olympic Games in Tokyo.” So, the focus now appears to be shifting towards how exactly the IOC and the Tokyo organising committee plan to make it happen.

Next week they will publish their “playbook”, a set of strategies and proposals to explain how they see the Games being held later this year, safely. While Bach had said back in November 2020 he was “very, very confident” that spectators would be able to attend the Games this summer, there is a growing acceptance that full stadia are unlikely and that stadia with no fans at all are a distinct possibility. When asked earlier this month whether full crowds would be able to cheer on the athletes in Tokyo, Bach replied, “This I cannot tell you. Because our priority is to ensure a safe Olympic Games and we will do whatever is needed to do that. Everybody would love to have full-capacity stadia and the roaring crowds. But if that is not possible we will respect our principles, safety is our first priority.”

Other sporting events, from Europe’s leading football leagues and the NBA to the handball World Championships have been successfully staged in the midst of the pandemic. So there is a body of learning regarding event operations for the Olympic organisers to draw on. The truth though is that none of those events really get close to the scale of the Olympics, with over 200 nations represented and over 15,000 athletes taking part. UEFA’s Euro 2020, itself postponed from last summer, will probably be the closest in terms of scale but is due to finish a mere two weeks before the Olympics begin, by which time the Olympic plans will be fully crystallised.

Returning to that impending playbook announcement, one can well imagine what measures might be included in there. Social distancing, hygiene and regular testing will be essential pillars. Other possible measures that have been mentioned include a wave system where athletes arrive in the country and depart within a five day window, insistence on a negative Covid 19 test immediately before departure to Japan and, somewhat jarringly, a ban on fans cheering.

Needless to say, there are financial pressures too, with the Tokyo organising committee expecting around USD 800 million in ticket sales and the Japanese government having invested tens of billions of dollars in the event. To the extent those sums are underwritten by the Japanese government, might there be good reason for them to be in favour of a further rescheduling (very difficult) or, dare we say, cancellation? If the event is cancelled, a report in The Times refers to the possibility of Tokyo putting its hat in back in the ring for the next “available” Games, in 2032.

The approach in the sports industry to the Covid crisis from where I have been sitting has in most cases been a sensible and practical one. There have been tough conversations and there have been threats but most stakeholders acknowledge that the pandemic was an unforeseen event, blame for which cannot be laid on a single doorstep. So, the necessary pain has in most cases been shared out. To paraphrase the character in Full Metal Jacket played by John Terry – the US actor, rather than Chelsea’s finest – “It’s a huge $#!@ sandwich and we are all going to have to take a bite.”

My own guess for what it is worth, and it really does have to be a guess at this stage, is that the Games will take place this summer but with significant restrictions on fans in the stadia, together of course with a host of other virus management measures. If the Games do end up being cancelled, expect the IOC, the organising committee, Japanese government, International Federations and National Olympic Committees, broadcasters, sponsors and athletes all to have their share of an unappetising sandwich.

The cancellation of the Olympics would have a devastating financial impact on Japan, with the country having reportedly spent more than £18billion ($25bn) on preparing for the Games. 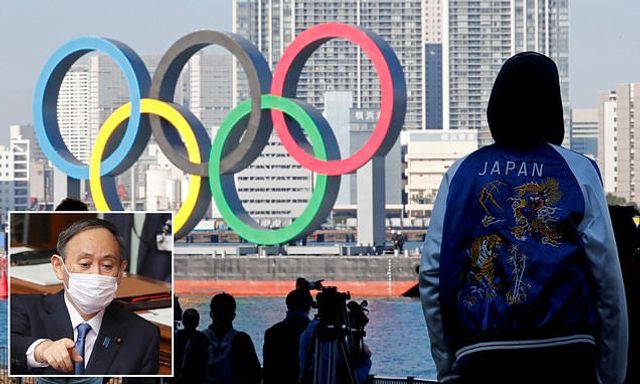