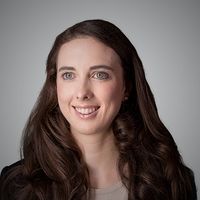 The Court of Appeal has dismissed a second appeal by Mr Derhalli in possession proceedings, which depended on the proper interpretation of a financial consent order made in September 2016 following the breakdown of Mr and Mrs Derhalli’s marriage.

The case turned solely on the correct interpretation of the consent order.  Mr Derhalli sought to assert that his former wife should have paid occupational rent pending the sale of the former family home.  Mr Derhalli had moved out of the property in late 2014 and Mrs Derhalli remained living there until it was eventually sold in March 2019.  Under the terms of the consent order agreed in September 2016, Mrs Derhalli was to pay the running costs of the property pending sale and Mr Derhalli’s attendance at the former family home was regulated.

The property was put on the market for sale in June 2016 and Mrs Derhalli took over responsibility for all of the outgoings in line with the consent order.  It had been anticipated that the highly desirable property would sell quickly, however, due to external factors relating to the high-end property market, the house did not in fact sell until March 2019.

In March 2017, Mr Derhalli served a notice on Mrs Derhalli requiring her to either vacate the property within four weeks, or alternatively to pay rent to him at the rate of £5,000 per week for her continued occupation, notwithstanding the terms of the agreed consent order (asserting his entitlement to do so as he was the sole legal owner of the property).  In December 2017 Mr Derhalli then issued proceedings in the county court seeking possession of the property and damages for “trespass” in the sum of £600,000.  The decision of the first instance judge was overturned on appeal and Mr Derhalli then sought to appeal that decision to the Court of Appeal.

The appeal court was required to consider what a reasonable person, having all the background knowledge available to the parties, would have understood the consent order to mean.  Lady Justice King and two fellow judges unanimously upheld the ruling of the lower court, declaring that upon the true interpretation, meaning and effect of the Order, the judge applied the law correctly.  It was concluded that Mrs Derhalli was indeed permitted to occupy the former family home pending the sale of the property and so she was not a “trespasser” and did not owe Mr Derhalli any occupation rent or damages.

This demonstrates that the court will not seek to interpret the original order in a different way just because certain aspects take longer to implement than anticipated.