As the clocks spring forward in 2022, let’s take a moment to look back on the key HS2 developments so far this year.

24 January 2022 saw the first reading of the High Speed Rail (Crewe – Manchester) Bill in the House of Commons, in respect of the construction and maintenance of Phase 2b. The Bill, as expected, grants the powers to build and maintain the HS2 network, and compulsorily acquire interests in the requisite land. Ancillary of course to this, powers are granted in respect of carrying out the works required, for example in respect of altering rights of way and diverting highways. A date for the Bill’s second reading, where the Bill will be debated by MPs, is yet to be announced.

We then jumped into February, which made headlines not just in respect of the ending of Covid-19 restrictions. We saw the publication of the Levelling Up White Paper on 2 February 2022, which confirmed that the UK Government will publish a HS2 Local Growth Action Plan in respect of Phase One and Phase 2a stations (expected later in the year), and the release of the Government response to the 2021 HS2 land and property review proposals consultation (which ran from 19 May to 30 June 2021) on 8 February 2022. Of note, the Government response:

As businesses navigated a return to the workplace and individuals re-familiarised themselves with their commutes, we also saw the compulsory purchase powers in relation to Phase One come to an end after five years on 23 February 2022. Whilst it has been confirmed that all planned notices have been served by the deadline, work to complete the acquisition of land and settle compensation for those land owners affected continues.

Finally, the Department of Transport published their six monthly report to Parliament on 16 March 2022, which included (but was not limited to) the following updates in respect of the various HS2 phases:

Evidently, there is much to keep a keen eye on as 2022 develops, particularly the progression of the Phase 2b Bill as we await a scheduled date for the second reading. Once this has been completed, and should the Bill pass the second reading (which it is expected to), those most specially and directly affected by the proposals will have the opportunity to engage with protecting their land / property by submitting a Petition to the House of Commons.

There have already been significant numbers of petitions lodged against the Bills for Phases 1 and 2a, and Phase 2b is unlikely to be any different, particularly if this comment from the Greater Manchester councils is anything to go by.

If you are concerned that the proposals might impact you (or if indeed you are presently affected), we would be pleased to assist in protecting your position and help navigate the multitude of developments moving forwards.

Greater Manchester will formally oppose the latest high-speed railway plans in Parliament which have been described as 'severely suboptimal' and 'deficient'. The current HS2 proposal would see a 52-mile extension of the high-speed rail network from Crewe to Manchester with stations at Piccadilly and the airport. However, the bill put before Parliament in January proposes 'huge concrete viaducts' running across East Manchester rather than underground tunnels. Metrolink services between Piccadilly and Ashton would be suspended while this work takes place, stopping trams running through Tameside for two years. The Western Leg of HS2 would also connect with the West Coast Mainline via a new line through Golborne that would stop just before Wigan North Western. Transport bosses also have concerns about the HS2 station at the airport. 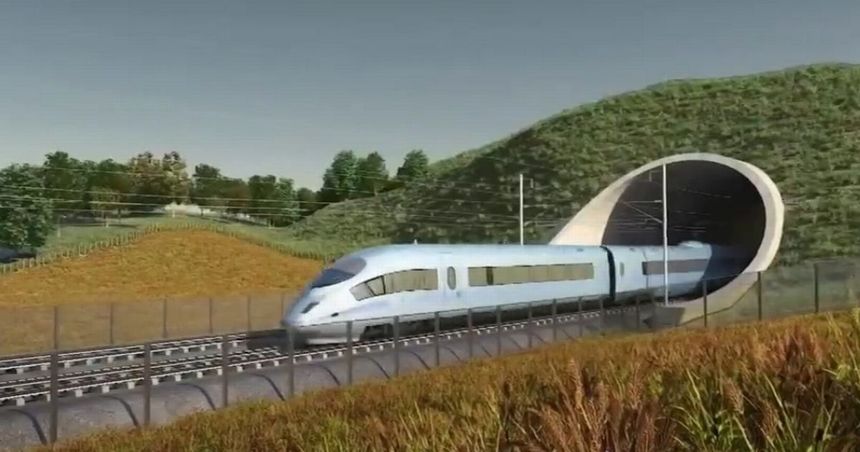 Greater Manchester will formally oppose the latest high-speed railway plans in Parliament which have been described as 'severely suboptimal' and 'deficient'https://t.co/bbXAqkFOk2