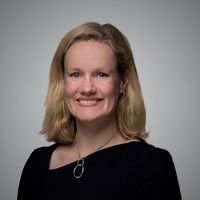 The Financial Times recently reported that Albert Manifold, the chief executive of the world’s largest building materials company, CRH, warned of a “second wave of cost increases” - primarily due to soaring energy costs and exacerbated by Russia’s invasion of Ukraine.

High energy costs came through in June/July this year, and the price of goods and materials jumped up. For example, in May the costs of structural steel and reinforced steel increased by 35.9% and 43.6%, respectively. It is now the turn of secondary costs to be impacted, particularly wage inflation and logistics costs.

It is this ”second wave” which Manifold believes is the biggest inflationary risk for the construction industry. That is also a view shared by the chief executive of Berkley Homes, Rob Perrin, who recognises that wage inflation “has to come through if energy prices and the cost of living keeps going up”, he sees inflation causing “projects [to fall] off quite heavily in London".

This is in a wider context, the industry has had the highest number of vacancies since ONS records began 12 years ago, and vacancies are growing faster than in any other sector. To try to retain talent, especially in the context of the increasing cost of living, wage inflation must follow.

What does this mean for construction contracts?

We are beginning to see the return of fluctuation provisions in contracts, sometimes limited to specific goods and materials, but a return of provisions that have rarely been used in the last 20 years.

And I'll leave you with one practical point to ponder, who pays the energy bills? Energy costs have to date largely been included in the preliminaries, will this no longer be the case? Is this more difficult to monitor in refurbishment projects where contractors can access an existing supply?

The head of the world’s largest building materials company has warned that the industry faces a “second wave” of inflation as spiralling energy prices drive up the cost of everything from wages to logistics.

A Material Cost to the Progress of Life Sciences Projects?
Fiona Edmond