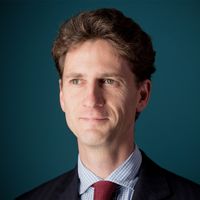 STEP have reported the loss of another furnished holiday lettings (FHL) case by the taxpayer (Cox (Executors) v HMRC 2020 UKFTT 442 TC). It seems that unless you really do have nigh-on an hotel, as in the Graham case ((2018 UKFTT 306 TC), HMRC and the Courts will deny you Business Property Relief (BPR) on your FHL, even where you have a very high level of service.

Time and again we see clients hoping that their FHL will attract BPR, despite the run of cases saying "no" (with the notable exception of the Graham case).  This is particularly frustrating for those with just one or two FHL's, although there is some logic in HMRC's approach, ie they do not wish to see a whole new IHT-free asset class developed.

Those clients who operate FHL's as part of a farm or Landed Estate should, of course, remember that BPR can be achieved where the FHL's are part of the single overall trading undertaking, per the Balfour case.  Care, of course, needs to be taken not to over-cook such planning, particularly in light of a possible change to BPR such that undertakings need to be 'substantively' trading (ie over 80%) rather than 'wholly or mainly' trading (ie over 50%), as is the case currently.

The Office of Tax Simplification's report on IHT published last year suggested aligning the IHT treatment of FHL with Income Tax and Capital Gains Tax, which would allow for BPR to apply to them.  Given the recent Cox case, HMRC are evidently resisting such a suggestion!

Covid throws stark light on need for Lasting Powers of Attorney, as the case of Derek Draper shows
Alexander Caton

Anyone for the pub? Sunak's VAT cut should help the rural hospitality sector...
Alexander Caton