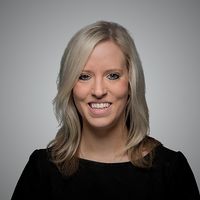 Content from influencer Charlotte Dawson was banned last week by the ASA for:

(a) not being obviously identifiably an ad; and

(b) using an Instagram filter which exaggerated the efficacy of a cosmetic product and therefore misled her viewers.

The ad for BPerfect Cosmetics was seen on 22 April 2021 and featured Charlotte applying makeup from the brand. In each post Charlotte used the filter "Luxurious" giving her skin a softer, slightly tanned, and smoother complexion.

While the ASA acknowledged that the use of filters in ads is not wholly banned, it reminded advertisers of cosmetic products that they must take particular care to ensure that their ads did not mislead consumers or exaggerate the effect of the product being advertised.

The main issue for the ASA was that Charlotte used the filter throughout the Instagram story and as a result consumers were led to believe that the images reflected the results of her use of the product and could therefore reasonably expect to experience similar results themselves. The effect of the filter was directly relevant to the intended effect of the product being advertised and its use therefore gave a misleading impression about the performance capabilities of the product.

In February 2021 the ASA released guidance to cosmetics companies stating that "the re-touching of photographic images requires particular attention to avoid misleading consumers, and visual claims should not misleadingly exaggerate the effect the product is capable of achieving" (The (mis)use of social media beauty filters when advertising cosmetic products - ASA | CAP ).

While the use of a filter is not banned in advertising the onus is on the advertiser to prove that the relevant product has the effect advertised with or without the use of the filter.

Responsibility ultimately lies with the advertiser (rather than the influencer) if their advertising is deemed misleading due the use of filters. Cosmetics brands in particular should look to clarify their contracts with influencers ensuring that they are aware of their obligation not to mislead and caution against the use of filters if they are likely to exaggerate the efficacy of the advertised product. Approvals processes should also be put in place so that the brand can ensure the content is not misleading prior to it being shared.