Their eyes met across a crowded Eurostar carriage.... He was a US tech entrepreneur. She was a bohemian Scandinavian composer. Within the year, permission had been sought from the bride's father to marry and engagement followed soon after in Italy with the gift of a £125,000 engagement ring. He gave up his rental property on the West Coast of America, she her London flat, and they moved into a property in Kensington together just prior to the wedding.

Fast forward two years to today's date. Instead of celebrating more than 2 years of wedded bliss, the couple have just received judgment from Peel J in their alliterative case of VV v VV [2022] EWFC 41. The marriage lasted a mere 5 months, having faltered almost immediately.  During the litigation that followed they accrued costs in excess of £1.2m and, as if all that wasn't bad enough, the husband experienced financial losses, estimated to be many tens of millions of dollars, as a result of the wife's conduct.

The facts and chronology set out in the judgment are detailed. Stated briefly, the husband began working for a company after the relationship started and was subsequently awarded the right to acquire units in it, upon it being listed on the stock market.  The husband pre-sold more than half of his units to hedge his risk, but did not tell his wife. In evidence he said he would have sold a further quarter of his units upon listing which, at the conservative end of the unit price range would have realised $78.75m gross.  However, unbeknownst to the husband, the wife entered into correspondence with the company asking them not to release the units to him pending resolution of her financial claims in the divorce proceedings. As a result of the wife's interference it took many months for the units finally to be distributed to the husband, by which time the share price had plummeted from between $450-700 shortly after listing, to just over $22 per unit at the time of the judgment.

The husband was unable to fulfil his obligations in respect of the presale, thereby losing $4.9m, but of greater concern was the c. $76m (gross of tax) he lost in the collapse of the unit price by having been prevented from selling a quarter of his units upon listing, as he had planned to do.

Given the period of their cohabitation, according to the wife's case, and the timing of the husband acquiring the right to the units, the wife asserted the shares were "matrimonial property" in which she was entitled to share. She accused the husband of misconduct in pre-selling the units and not disclosing the fact.

The husband asserted the shares were "non-matrimonial property" on his chronology of the relationship and cohabitation.  He also argued that the wife should be confined to her needs after such a short marriage, without any "sharing" of property. He accused the wife of misconduct in her communications with the company and blamed her for having prevented the release of the units to him on the listing day.

Peel J broadly upheld the husband's case.  He found as a fact that the parties did not cohabit until after the husband had acquired the right to acquire the units in the company and that the fact of their engagement did not automatically give rise to a sharing claim.  Consequently he held that the units were not matrimonial property in which the wife was entitled to share. The wife's matrimonial claims against the husband were therefore confined to her "needs" which he assessed at £750,000 (on top of £400,000 the husband had already paid and which she had spent in legal costs). This award was based on a sum she needed to redeem her mortgage, a further sum to clear all her outstanding legal costs, plus £150,000 a year "rehabilitative maintenance" for 3 years.

The judge found that both parties were guilty of misconduct.  The husband's failure to disclose the pre-sale of units amounted to "litigation misconduct", although he regarded the pre-sale of the units as the husband acting prudently to hedge his risk on the listing.  The wife's misconduct in communicating with the company to obstruct the release of units to the husband was more grievous, the judge said. He categorised it as "gross and obvious" conduct and as "reckless".  Such determinations are very rare in matrimonial cases, where judges typically refrain from finding that behaviour has crossed that particular line, not least because less than perfect behaviour is often a feature of marital breakdown.  The judge assessed the financial loss to the husband as a result of the wife's actions as amounting to "tens of millions of dollars".

On one view it is hard to see how this loss of "tens of millions of dollars" was reflected in the outcome of the case.  This may simply be because it was impossible to compensate the husband for such massive loss. However, Peel J did make 3 comments about this in his judgment:

(i) When assessing the wife's needs, he said that the wife's "conduct is also a factor.  It seems to me that had [the husband's] wealth been much greater, as it would have been absent her behaviour, then her needs based award would likely have been higher than that which I propose to make."

(ii) He also reflected: "If I am wrong in my analysis of [the wife's] sharing claim, I am satisfied that any such claim would be comfortably outweighed by her misconduct in causing [the husband] financial losses in the tens of millions of dollars."

(iii) Although the assessment of the wife's needs included clearing the debt to her solicitors, Peel J did make clear that this was because he took the view he should "deal with [the wife's] needs [first], and then consider any costs applications."  There may therefore yet be a costs award in the husband's favour. The arguments and outcome will be interesting.  It is easy to see that the husband will say that by her matrimonial conduct and by massively over-pitching her claim (she sought an award of that amounted to over £6m gross) she should pay his costs.

It would not be surprising if the husband now regrets the "Sliding Doors" moment when he caught his Eurostar and the whirlwind romance that led to their first date in Paris the very next day.  If he had known then that it would prove to have such high financial, emotional and personal costs, he may wish he had chosen to take another train.

STOP PRESS: In a subsequent judgment, Peel J made an order that the wife pay £100,000 of the husband's costs. Not only will this obviously reduce the value of the modest award she received, but it is also an unusual example of a judge making one party pay the costs of the other party, particularly a wife paying part of the husband's costs and particularly where payment of those costs will impinge on her needs.

If I am wrong in my analysis of W's sharing claim, I am satisfied that any such claim would be comfortably outweighed by her misconduct in causing H financial losses in the tens of millions of dollars. 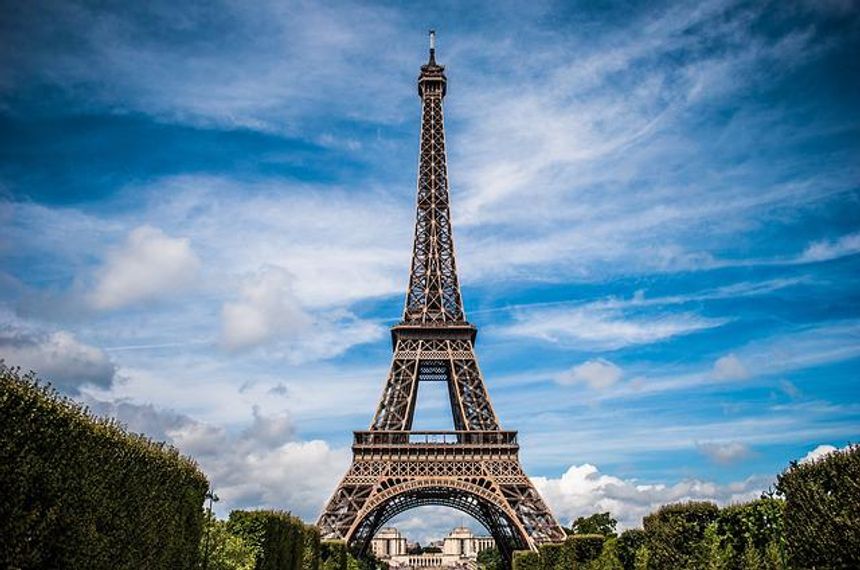