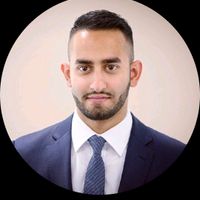 Following its decision in July to consider restructuring options in light of its mounting debts, the popular restaurant chain Pizza Hut has reached an agreement with its creditors by way of a company voluntary arrangement (CVA) that will see 215 of its 244 restaurants (88%) continue trading, as well as retaining around 5,000 of its 5,450 employees (92%).

Pizza Hut, like many others in the hospitality industry, was forced to close all of its restaurants during the lockdown earlier in the year, causing the chain to find itself in a difficult financial position when it was permitted to reopen its restaurants.  Despite attempting to boost post-lockdown business by taking part in the government’s “eat out to help out” scheme throughout August, and then carrying on its own 2-4-1 deal on Monday’s to Wednesday’s during September, the chain was required to present CVA proposals to creditors, one of which has been subsequently approved.  Though the chain has not been able to save all of its restaurants and employees, the survival of the business and the retention of a significant number of jobs is certainly positive.

Significantly, Pizza Hut has reportedly secured lower rents on its (remaining) restaurant premises, and more manageable debt repayment schedules with its creditors. It is not known exactly what the outcome for Pizza Hut would have been had the CVA not been agreed, but in its proposal to creditors Pizza Hut would have set out alternative outcomes for creditors in the event of administration or another insolvency process. Such alternative processes would almost certainly have been forecast to produce a much reduced return to creditors, together with the closure of more (if not all) of its restaurants and the loss of further jobs.

This CVA is the latest in a number of restructuring deals agreed by well-known restaurant chains with their creditors in the post-lockdown period, and it is likely that more will follow in the coming months.

We are on hand to assist clients with restructuring queries that they may have in these challenging times. For further details, please see our flyer, Restructuring in the Future, below.

This CVA is the latest in a number of restructuring deals agreed by well-known restaurant chains with their creditors in the post-lockdown period, and it is likely that more will follow in the coming months. 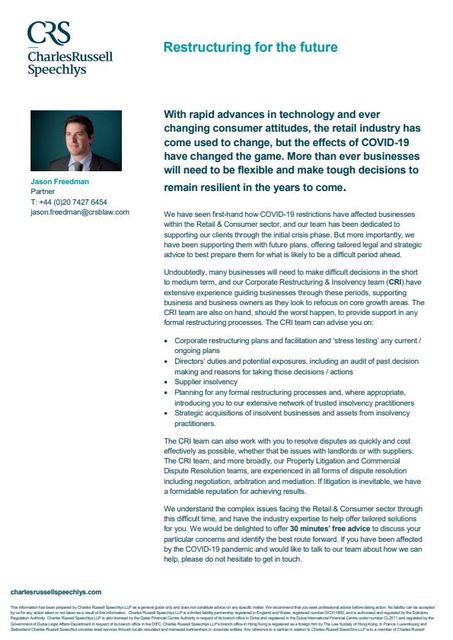 A long-term legacy: charitable giving on the rise
Richard Honey