You may have seen those iPhone teardown videos where someone dismantles the phone exposing what is under the bonnet of this sleekly packaged, highly desirable consumer item. I wanted to take that kind of approach to something that is all the rage right now in sport: the NBA Top Shots NFT.

As at the time of writing, a user called “Jesse” had just splurged USD 208,000 on a LeBron James Cosmic Dunk Moment. I really wanted to understand exactly what Jesse had acquired so I did some digging.

The simple answer is that he has a “digital collectible” but that obviously needs breaking down further. In graphical terms, the Moment is comprised of one or more clips of NBA action featuring an impressive or memorable play from an NBA match. Those clips are then edited and wrapped in a high quality 3D animation, with certain stats and logos incorporated. This is what Dapper Labs, the suppliers of the tech behind the Top Shots phenomenon, calls the “Art”.  The Art itself relies on licences from the NBA (for example to the clips themselves, data and logos) and from current or former NBA players (e.g. to use their likeness).

Jesse doesn’t own the clips per se – they can and will still be used by broadcasters and in other contexts. Neither does Jesse own the Art that incorporates the clips. He has a licence to use the Art solely in the form of the Moment for his own personal, non-commercial use, or within certain digital marketplaces, third party websites or apps that are programmed to enable only Jesse to display or deal with his unique Moment. The Art cannot be used, for example, to advertise any third party product or in a way that promotes hatred or intolerance.

Where does the NFT bit come in?

An NFT or non-fungible token is a cryptographically created record on a blockchain that corresponds to a unique digital item, such as a particular Moment. In the case of Hotshots, the blockchain used is called the Flow Network.

The sports memorabilia industry has always struggled with fakes and forgeries. How do we know the Ronaldo autograph on this poster is authentic? How do we know this was the boot worn by Robert Lewandoski in the 2020 UEFA Champions League final? There are various imperfect solutions to these challenges including certificates of authenticity and the use of technically advanced and therefore hard to copy differentiators, such as holograms. Blockchain technology provides a solution to this problem for digital collectables, because the blockchain ledger is essentially impossible to corrupt.

Jesse owns the NFT that underlies the specific LeBron Cosmic Dunk Moment he has acquired. He has the right to sell, dispose of or move that NFT, with its linked Moment, in any way he sees fit.

So, let's circle round to try to summarise all of this. We can say that Jesse owns an NFT, i.e. a record on a blockchain corresponding to a unique digital item that is an expression of a particular artwork (such artwork being itself reliant on various third party licences). That NFT comes with contractual rights to do certain things with his Moment, but is also subject to contractual restrictions.

Clearly, NFTs represent an fascinating possible revenue stream for sports bodies. Those entities who really understand how the whole ecosystem works and who secure for themselves a share of each transaction of an NFT collectible will do best. Sports rights holders will need to consider, carefully and strategically, how the NFT opportunities fit in with their existing trading card partnerships and other commercial licence arrangements.

That completes my NFT teardown. I am just glad I don't have to put it all together again.

Caty Tedman, head of marketing and team partnerships at Dapper Labs, says that Top Shots has generated more than $230 million in sales so far 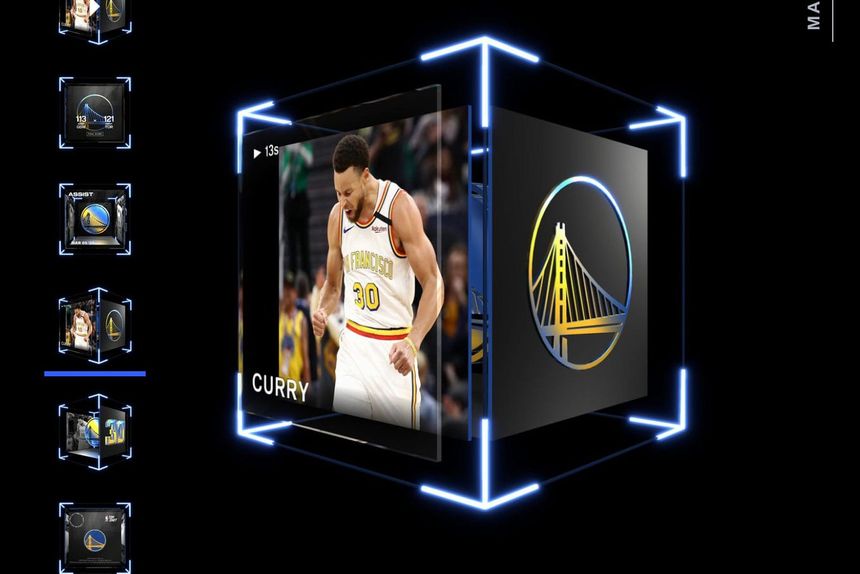