We took a look at the website DHGate, a marketplace that is seeing a lot of traffic for fake luxury goods and thought it might be useful to do a quick Q&A, looking at the problem of counterfeiting on e-commerce platforms generally, and at what can be done. We also touch on the UK government's new anti-infringement strategy.

The problem of counterfeits is as old as the brands themselves. They cause damage in two main ways: (i) monies that might have been spent on the brand itself is spent on the fake; (ii) the fakes can damage or dilute the reputation of the authentic brand. While counterfeiting is a fact of life for luxury brands, they must take steps to try to stay on the top of the problem, and there are various mechanisms for doing this, from using specialist third party services to monitor for infringing products to lodging details of the registered marks with customs authorities who can seize infringing items.

Most marketplace sites like DHGate, Amazon or eBay have their own takedown processes and are protected against liability if they respond to takedown requests in a timely fashion. IP owners can lodge complaints and if the complaint is found to be valid the infringing posting is removed. For brands, while this is certainly better than nothing, this can be a frustrating process. You shut one posting down and another pops up elsewhere, on the same marketplace. The platform itself avoids liability because it has responded to a report of an infringement but the brand still has a problem.

There are a number of examples of IP infringement-based cases against e-commerce platforms. Atari failed in a case against Redbubble: Jury knocks out Atari's IP claims against online marketplace | Reuters. Meanwhile. Brandy Melville had some limited success against the same site where Redbubble was found to be liable for contributory trademark infringement: Y.Y.G.M. SA v. Redbubble, Inc., 2:19-cv-04618-RGK-JPR | Casetext Search + Citator. In terms of DHGate itself, US vaping company Bidi Vapor apparently successfully secured an injunction in the US courts; however, this was against DHGate sellers as opposed to the platform itself: SecuringIndustry.com - Vape firm wins block on DHGate sellers accused of counterfeiting

Sellers on DHGate can be very clever when trying to avoid detection anti-infringement software. They will blur recognisable logos or brand names that would otherwise appear within photos on their postings, and they will often “spoof” or misspell designer names within the descriptions. You might see “Louise Viuton” bags being advertised, for example. The trick is to ensure that the human eye can still recognise the brand that is being faked but the AI software is unable to pick up on it. Once they have made a sale, infringing products will be "micro-shipped": by selling direct to consumers online, they can send individual items through the post. This means they avoid the risk of large shipments of fake products being intercepted and confiscated by customs and other agencies.

In China, we have seen improvements over the last decade but the problem of counterfeiting remains serious. Following the signing of a China-US trade agreement in September 2020, The Supreme People’s Court of China released two documents: an Official Reply in relation to the application of the law to ISPs (“Internet Service Providers”) and a Guiding Opinion relating to the trial of IP infringements on e-commerce platforms. While these were, by and large, helpful to authentic businesses and brands, more will need to be done for China truly to grasp the counterfeiting problem.

Of course, the problem is not a only Chinese one, with counterfeiting and IP infringement occurring worldwide. Here in the UK, the government issued on 4 February 2022 its own Intellectual Property Counter-Infringement Strategy 2022-2027. It is build around the four Ps: pursue, prepare, protect and prevent. The strategy is multi-faceted and involves ever more close and intelligent cooperation between various bodies from the Department of Trade and Industry and Border Force to WIPO.

Governments and business must each continue to innovate in order to keep up with the counterfeiters.

Counterfeit designer goods so close to the real thing that only a microscope could reveal they were fakes are being sold on a Chinese-run website for less than one per cent of the genuine products' retail prices. 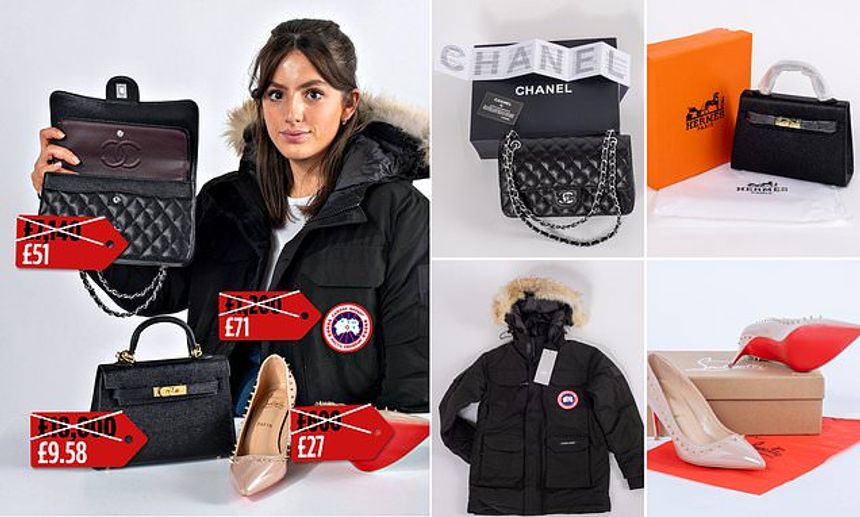