As major sporting events continue to be postponed and cancelled because of the coronavirus pandemic, at this stage it is difficult to predict with any degree of certainty whether the Tokyo 2020 Olympics will go ahead as scheduled.

In the meantime, this week there have been some domestic developments in relation to the International Olympic Committee’s (IOC) Rule 40 and the rights of athletes to promote their personal sponsors during the Games. See here for a background on the origins, the whys and the wherefores.

In November last year, various Team GB athletes signed a letter which threatened to pursue legal action against the BOA unless it granted further relaxations in its guidance on the IOC’s Rule 40. Following a period of discussion, the BOA and Team GB athletes have now reached an agreement, as reflected in a joint statement released on Thursday 12 March.

Released at the end of October, the BOA’s original guidance permitted Team GB athletes the right to post a single ‘thank you’ message on social media to each of their personal sponsors during the Games. Otherwise, the guidance was largely similar to that previously issued for the 2018 Winter Olympics in Pyeongchang. With an awareness of the enhanced sponsorship freedoms granted by other National Olympic Committees (NOCs) to German, Australian and US athletes, Team GB athletes had been hopeful of more changes.

What are the changes?

The BOA has elevated the scope of Team GB athletes’ sponsorship freedoms by focusing on two key items:

Even before the agreement, Team GB athletes had been permitted to engage in generic advertising (i.e. advertising that does not imply an association between the athlete's personal sponsor and Team GB, the Games or the Olympic Movement). However, the BOA has agreed to modify the original requirement for the relevant campaign details to be submitted for the BOA’s approval by 14 May. Now, athletes and sponsors will have until 30 June and the BOA will operate a model of ‘deemed consent’, unless and until the BOA requests any specific changes to the campaign.

In addition, the BOA has taken into account the possibility of an athlete’s selection for participation in the Games at short notice. If an athlete is selected after 30 June, generic advertising is still possible provided the relevant campaign is ‘in market’ by 14 July.

Athletes will now be able to post a maximum three ‘thank you’ messages for each personal sponsor during the Games across their social media channels, with an overall maximum of ten. This is an uplift on the previous position (which permitted one ‘thank you’ message per sponsor). As before, messages cannot contain any Olympic or Team GB-related imagery or intellectual property.

Are the BOA’s changes significant?

From the perspective of Team GB athletes, evidently yes. Speaking on behalf of the athletes, Adam Gemili commented that they were pleased to have reached an agreement that moves them “into line with other Olympic federations and that provides every athlete an equal and fair chance to generate sponsorship revenue in the build up to and during the Games.”

However, it is interesting to note that the changes do not extend to a level of leniency granted to US athletes (for example). US athletes can engage in generic advertising at any stage, including after 14 July. In addition, US athletes’ personal sponsors can post congratulatory messages to their athletes during the Games. Whilst this is not possible under the BOA’s guidance, the BOA will have set out its clear justifications for not granting additional relaxations in its conversations with Team GB athletes and their representatives.

In particular, the BOA has continuously asserted that it has a unique funding model. Unlike certain other NOCs, the BOA operates without public funding and is heavily reliant on revenues from its premium-paying sponsors. Consequently, the BOA was always sensitive to the possibility of putting its own revenues at risk and the knock-on effect this might have had in its ability to support the athletes in terms of kit, travel, accommodation and training.

From a domestic standpoint, both the BOA and Team GB athletes will be happy to have reached this position without the matter escalating further. However, it will be interesting to see if any international developments in respect of Rule 40 are forthcoming. As noted in a previous article, the IOC has so far been steadfast in its decision to allow individual NOCs to interpret its relaxed Rule 40 wording as the relevant NOC sees fit. This is despite pressure from the European Elite Athletes Association and an ‘invitation’ from the European Commission to extend the German Cartel Office approach to the rest of Europe.

Clearly, when you factor in the spread of the coronavirus and the impact this might yet have on the scheduling of this year’s Games, there is a lot to be determined between now and July.

The British Olympic Association has announced that it will further relax its Rule 40 marketing guidelines, marking the end of a legal conflict between the BOA and a group of British athletes led by sprinter Adam Gemili. 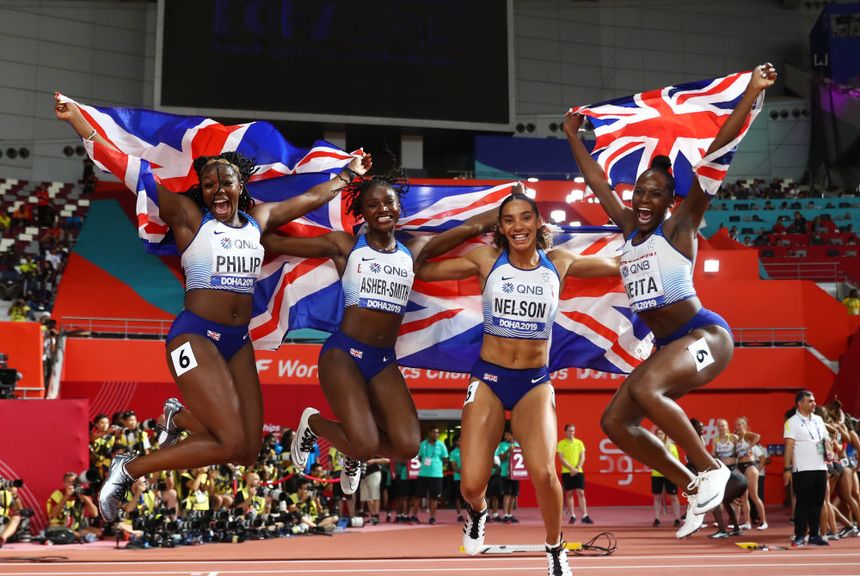 An agreement has been reached by the British Olympic Association in relation to the IOC's Rule 40 guidelines for Tokyo 2020.

The British Olympic Association plan to further relax Rule 40 marketing guidelines for the @Olympics after legal challenges by prominent British athletes!@TeamGB will now be able to thank personal sponsors to a max of 3 times, instead of just once!